Here is a complete description of the work I perform on each toaster: 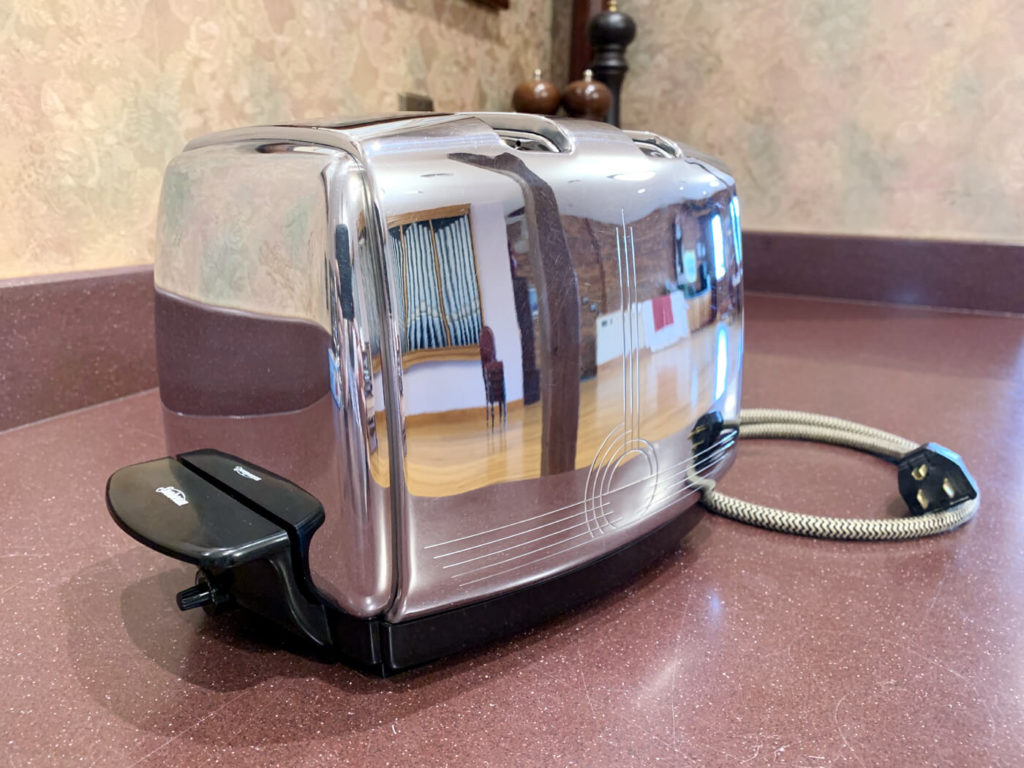 Why Replace the Cord?

Some of you have asked, “Why do you replace the cord?” The answer is easy: they are about 70 years old and they are unsafe! I see many of these toasters offered for sale that still have their original asbestos or rubber cords. These toasters were made when polarizing and grounding electrical appliances wasn’t practiced. I think the cord is unsafe by today’s standards. So, I replace the cords. Yes, they aren’t original, but I think doing so is the best option. With toasters that originally had cloth covered cords (models preceding the T-20-C), I replace them with a cord that has three conductor wires with a cloth sleeve on the outside that looks very original. With this new wire, the toaster now is polarized and grounded. I use high-temperature connectors and apply genuine 3M tape around the cord exactly like the original in the saddle holder (see picture), and I use a heavy duty three-prong plug that is grounded.

With models beginning with the T-20-C and later, I use a new 16-gauge replacement appliance cord. If you look at the way the cord wraps around its port, there is no way to safely ground these toasters. I absolutely will not run a ground wire outside of the cord connection assembly because it is then exposed to the heat of the toaster which, in my personal opinion, is not safe. I wish I could use the cloth covered grounded cord, but it simply is too large. The toaster is not designed for that style of cord; it would require enlarging the hole in the Bakelite base. But I don’t want to run the risk of ruining it. So, I use two conductor rubber wire them.

I have discovered that once I complete all the work I do to these units, they work as if they were brand new, just out of the box.